Plus DJ Thommo and our Bumper Raffle

In aid of Macmillan Cancer Support

Winterton Iron supporters group was formed back in 2007 with its main aim to support Scunthorpe United F.C. We are an enthusiastic group who support local charities and raise in excess of £2500 each year. We also encourage children to support the Iron and sponsor them on a local basis whilst playing for their local team.

We organise away travel by rail and coach and other events during the year. Our main fundraising is our “Bit of a Do” when we put on a fantastic night of entertainment at Winterton Rangers F.C. Life time Membership is only £10.00 so please come and join us. – UP THE WINTERTON IRON

Raising Money for Our Charity Very well done. It’s not too late to donate

Great Tributes to a Great Man ! Pete was a great bloke to know, with a wit second  to none. A favourite story was when he worked in Menswear at the Co-op on Scunny High Street he sold Kevin Keegan a dressing gown. When Kevin came to  our Winterton Iron evening in 2012 with him Pete asked him if he still had it ( 40+ years later) Our most memorable trip together was to Rome in 1977 by train to see the European Cup Final. We're on our way to Roma On the 25th of May
All the Kopites will be singing
Vatican bells they will be ringing
Liverpool boys will be drinking
When we win the European Cup
RIP Pete. Doug Parker.

Was very sad to hear of the illness and subsequent loss of a dear friend who I lived near, grew up with at the Junior school, youth club, played football, cricket and tracking with, visited numerous venues both sporting and social. My first holiday abroad was with Pete,  together with eight other good friends. Always a dapper dresser, charmer and full of wit, he would choose someone likewise to chat the girls up at disco’s which ruled me out.  We both shared a mutual ambition to travel to Disney and California first going in 1979, but I will always remember a tourist boat trip around the Bay of San Francisco in 1981 when a large mouthy yank stood up and said” That bridge (Golden Gate ) is the largest single span one in the world”. A voice next me (Pete ) shouts “Excuse me mate, but we now have one bigger where we live “. Typical Pete and will miss him dearly. Thommo

"Great memories of going to the cricket with Pete, usually to watch his beloved Somerset."

I smuggled him into the pavilion at Trent Bridge so he could get a photo and autograph from his hero Marcus Trescothick.
The icing on the cake was sharing his joy (alongside Twitch & Wak) as Somerset won the last ever 50 over cup final to be played at Lords, as recently as May 2019,
His face and re-action when I made and presented him with a framed collage of his big day out will stick with me forever.
RIP old mate. Martyn Girdham
"Memories of growing up"
It was with great sadness to hear the loss of Pete.
I have known Pete all my life. As a child when visiting my grandparents at Green Hey Pete and his mum and dad would always make a fuss of me.
When I reached drinking age I ventured down to Lions Head and had some great times with Pete and all the lads.
My first holiday abroad was with the lion crew, Pete being one of them. Watching him at work in the discos was a good learning curve.
I enjoyed many football trips around the country with Pete, not always an enjoyable result but always a good day out especially the England trips of the 70s and early 80s
A great guy who's wit and friendship will be sadly missed by many. Stephen Redhead

Pete, like most people had his periods of reserved nature (his ‘usual’), and again like most of us, a snatches of revelation when he let emotion and elation get the better of
him. Two memories of the latter were both at cricket matches. The first was where his beloved Somerset county cricket team beat Yorkshire in Yorkshire, and at the end of
play he couldn’t help but stand up within the mainly Yorkshire crowd and thrust his arm in the air in triumph. It was a good job it wasn’t a Yorkshire football crowd. We
left unmolested. The second was at Lord’s where Somerset had got through to the 2019 Royal London 50-over final against Hampshire. Somerset won, and we stayed
for the presentation because it was evident this was probably Pete’s most treasured day ever as a cricket fan. The presentation was in front of the Somerset fans and I’ll
always remember seeing Pete’s face lit up and fists clenched as his heroes received and paraded the trophy in front of us. Fond times Pete. Keith Parker Match sponsorship Winterton Rangers v Barton Town. Eventful encounter, ‘Rangers ended up with only 9 men, they had to battle hard in the latter stages to hold Barton at bay, great defensive work and excellent goalkeeping kept the score at 1-1. Gaz Barlow did well when he entered the fray. Attendance 450 approx. UTWI "Winterton Iron"  Bit Of A Do PLEASE NOTE: IF ANY RETURNS THESE WILL GO ON SALE

EMAIL DOUG PARKER IF YOU WANT TO GO ONTO WAITING LIST

Our Charity for 2020 was The "Lincolnshire House"

Which is fantastic amount considering we were in a pandemic

well done to everyone concerned 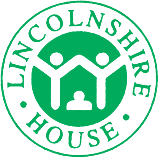 Quality care and support for people with Cerebral Palsy

Another GREAT "BIT OF A DO" at Winterton Rangers recieving a small token of appreciation from Chairman Jim Balderson

A special thank you to those who printed the quiz sheets, the prize money donor, everyone who helped to sell the quiz and anyone who made a donation.

Well done to all of you who entered and hope you had some fun and enjoyment doing it,

hoping it didn’t cause too much frustration!

A total of 84 quizzes were returned of which 34 were all correct answers,

22 only had one incorrect answer and everyone else came very close.

Congratulations to the following 3 prize winners whose names were drawn out at our meeting on Monday 29th July. For the Health Tree Foundation Thanks goes to all who supported this appeal - Fantastic Effort! Stuart Maw ( former Chairman and Co-Founder of the Winterton Iron) hands over a sum of money raised from his recent Ben Nevis sponsored climb to the current Chairman James Balderson. This money is to be used to support local youngsters involved in sport, on application and approval. The first beneficiary is Jacob Ridley, seen with his Dad, Lee. Jacob is a fine young player and is a bright prospect for the future, we wish him well. Pics by Steve Stubbins.